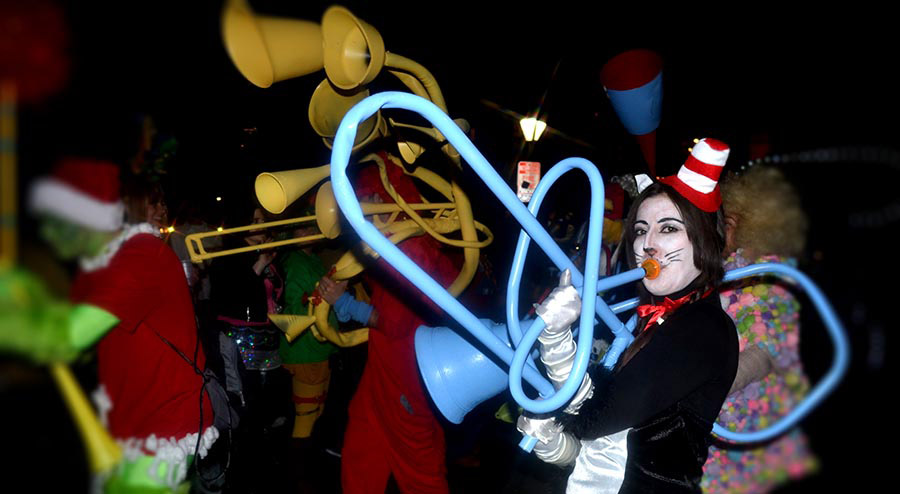 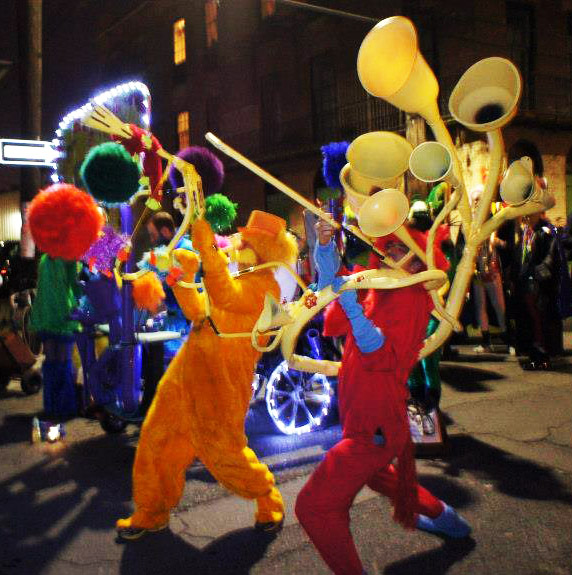 Since 2013, we have had some notable mentions in local and national media. The Huffington Post published photos of us in Delusion 2014 and Mardi Gras Day 2014. Krewe de Seuss was voted #16 of “50 Reasons We Love the South” in Garden and Gun Magazine April/May 2015. Doug MacCash of nola.com noted Krewe de Seuss as the BEST LIVE BAND of Krewe de Vieux and Krewedelusion 2016.  OffBeat Magazine also featured photos of us in 2016.

Interested in joining ranks with us? Head over to our Join page!